We are a Coalition of Businesses, Communities, and Individuals

The Mission of Club 20 is to provide education, advocacy, support, networking opportunities, and policy-maker access to our members throughout Western Colorado so they can thrive in resilient, economically healthy communities.

Club 20 is an organization of counties, communities, businesses, individuals and associations in Western Colorado. The group is organized for the purpose of speaking with a single unified voice on issues of mutual concern. Its activities include marketing and advertising, public education, promotion, meetings, events and political action. Club 20 is the “Voice of the Western Slope”.

Founded in 1953 by Western Slope business leaders, Club 20 was originally organized for the purpose of getting rural roads paved. At the time, the State of Colorado had been spending only 10 percent of its highway funds west of the Continental Divide, even though more than half the roads were there. With each community lobbying for its own roads, small towns were simply drowning each other out. It finally became clear that only by agreeing on a single priority list could all the counties be heard. The process worked. Within a few years, the State was spending 37 percent of its highway funds west of the divide and by the end of the 1950s finally had paved most of the major highways on the Western Slope.

The organization continued to grow, incorporating in 1955 and began working on other issues of mutual concern to all the Western Slope communities. Its activities included water, agriculture, natural resources, energy issues including uranium in the ‘50s and oil shale in the ‘70s and, more recently, economic development, public lands, air service, tourism, energy, trails, recreation and telecommunications.

A Board of Directors makes Club 20 policy, which includes voting membership for each of the 22 counties and in Western Colorado. Each has an equal voice, their delegations elected by the members in each county. Management decisions are made by the Executive Committee, which is composed of the elected officers of the Board of Directors.

The engines that drive Club 20 are the standing committees. Most Western Slope policy on key issues originates within one of the several committees, each with broad geographic representation. These committees include Agriculture, Business Affairs, Education & Workforce Development, Energy, Health Care, Public Lands & Natural Resources, Telecommunications, Tourism, Transportation and Water. Membership on these committees is open to all Club 20 members, and the groups recommend policy to the full Board of Directors. A vote of the full Board is required for Club 20 to take a position on any issue.

For more than five decades, this organization of all the communities of Western Colorado has been providing a forum for the discussion of complex and controversial issues and representing the interests of the Western Slope at all levels of government. The group’s membership is broader and more diverse than at any time in history and continues to grow each year. Club 20’s leadership is convinced that by working together to achieve a stronger voice, the Western Slope can help shape the destiny of Colorado and the West and continue to serve as the “Voice of the Western Slope”. 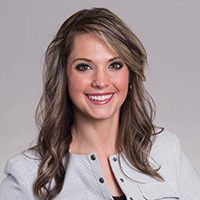 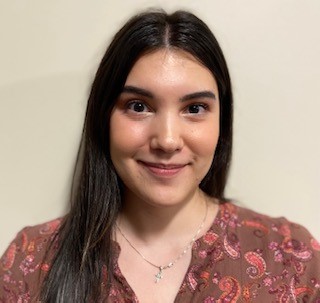 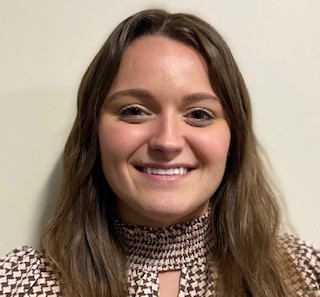 As a leader on the Western Slope, Christian has had a passion and commitment to Western Colorado for many years. When the opportunity to lead the non-partisan coalition of Club 20 came up seven years ago, Christian jumped at the chance to advocate on behalf of the region. Through her tenure with Club 20, she has worked to make the state constitution more difficult to amend, advocated for common sense regulations that protect the nature of Colorado while ensuring a business friendly environment, and has influenced the outcome of countless bills and regulations coming out from under the golden dome.

Christian is a recent graduate of the Harbert College of Business at Auburn University where she obtained her Master’s in Business Administration with a concentration in information systems. Upon her graduation, she was named one of the “Best and Brightest” graduating MBA students in 2021 by Poets and Quants and also received the distinction of having the best team project for her final capstone project. Christian is also a former the Marshall Memorial Fellow with the German Marshall Fund of the U.S. where she had the opportunity to travel throughout Europe meeting with business and political leaders to advance U.S./foreign relations and further understanding between different cultures.

Any Club 20 member can participate in one or more committees. The committees meet twice a year before the spring and fall membership meetings. Participation includes being able to propose and vote on proposed policy resolutions. Any resolution approved at the committee level will be recommended to and reviewed by the Board of Directors at either the spring meeting in April or the fall meeting in September before becoming Club 20 policy.

Committees may meet more than twice per year, at the discretion of the Committee Chairman or the Chairman of the Board. Interim committees, subcommittees and task forces also are convened at the Committee or Board Chairmen’s discretion when an issue merits further discussion. If the interim committee, subcommittee or task force develops proposed policies, the proposals will proceed through the usual committee and Board approval processes.

What is Club 20?
What are policy committees?
How do you navigate the website?
What is the leadership structure?
How do you get involved with Club 20?
How do you use the membership portal?